Putin’s favourite sport, judo, will allow Russians to compete internationally, though not under a Russian flag. And Putin remains in effective charge of the Russian Judo Federation. Yet it’s still allowed to be affiliated to the International Judo Federation.

Russia’s war-mongering dictator Vladimir Putin still has his minion Arkady Rotenberg as first vice president of the Russian Judo Federation, and no action ahs been taken to ban the Russian outfit from affiliation to the IJF.

The International Judo Federation (IJF) says it is refusing to ban Russian athletes from its international competitions, rejecting the individual bans imposed by the international bodies representing athletics and other sports.

This announcement was in stark contrast to the decision made by the International Paralympics chiefs hours later — to prevent any athletes from Russia or Belarus from competing in the Paralympics, starting in Beijing today. That was itself a dramatic reversal of its refusal, declared earlier this week, to ban individual athletes.

“Any radical decision to obstruct the participation of athletes in sporting competitions would only continue the escalation of violence and nurture the feeling of injustice for those athletes who did not participate in any decision regarding the conflict. We cannot condemn the athletes for what is happening,” the IJF stated. It advocated that the Russian athletes should “pursue a dialogue” with judo colleagues, and the IJF would “guide all judo athletes from Russia in an appropriate direction, and keep them far from any possibility to choose a path against their moral principles”.

The Russian Ministry of Sport says it is preparing to launch an appeal to the Court of Arbitration for Sport to reinstate its athletes.

The IJF also confirmed its original decision, just after the war started, not to stage the next Grand Slam event in Russia, due to have started on May 20. There are no other international events on the schedule in Russia this year, but the IJF says it “now cancels all judo competition” there.

Russia’s president Vladimir Putin has been the IJF’s Honorary President since 2003. As he has not been removed from that position, only ‘suspended’, Putin could be reinstated at the whim of the IJF’s leadership. In 2019 the IJF’s president Marius Vizer publicly expressed his “admiration” for the Russian leader.

Putin, bestowed the very rare honour of an 8th Dan by the IJF, remains the president of the Russian Judo Federation. His first vice-president is a sanctioned oligarch, Arkady Rotenberg. Rotenberg has had some of his assets frozen during the crisis that has led to war between Russia and Ukraine.

No action has been taken by the IJF to suspend or cut ties with the Russian Judo Federation.

The IJF has also not cut ties with any of its Russian sponsors, though the European Judo Federation says it has “put ongoing contracts on hold due to the current escalation of the security situation”. The companies it has stopped from being sponsors are Fox Fly Film, SMP Group, and Zerno Zavolzhya Trading, all of which are controlled by Russian oligarchs.

The line taken by the IJF echoes that of another sport where Russia is strong, the International Gymnastics Federation. It says it will allow athletes from Russia and Belarus to take part in its events, but has banned their flags and the playing of their national anthems. Swimming is also allowing Russians to continue — as individuals.

Athletics, football and basketball, and many other sports, have decided not to allow the Russian athletes to compete, even as individuals.

Most were following a recommendation by the International Olympic Committee on Monday.

Here is its full most recent IJF statement:

Comment: Judo suspends Putin but does not expel him as its Honorary President.  Good — but not good enough.

Through judo Vladimir Putin cultivated a macho image: a sportsman and a strongman who could, literally, throw his opponents to the ground.  His status as a judo maestro has also been an ongoing boost to Putin’s self-esteem — and to the impression of strength and power he wishes to portray to his own people and on the international stage.

So you’d expect that being suspended this weekend by the International Judo Federation as its Honorary President will have a big impact on the judo-loving Russian president’s psyche. Or will it?

It was too little too late.  It took four days of invasion before the IJF acted.

In reality the IJF has taken a very soft line on a leader who declared war on a state that is also a very active IJF member.  The IJF did not end his ‘Honorary Presidency’, only suspended it.  It also only ‘suspended’ him as an IJF Ambassador. He could return to either or both.

Most supinely, the IJF did not attribute blame to Putin for starting the bloodshed in Russia’s neighbouring sovereign state, merely stating the suspension was being carried out “in light of the ongoing war conflict in Ukraine”.

A photo carried as the main image on the website of the Russian Judo Federation, showing Putin with three judo fighters at an IJF event.

It may only have acted out of concern that the newly announced EU sanctions against Putin personally may also have impacted the IJF’s assets.

The reason given by the IJF two days earlier for cancelling its scheduled Grand Slam event in Russia on May 20 suggests a false equality of blame.  It said it was “saddened by the current international situation”, which, it declared, was “the result of inefficient dialogue at international level”.

Most countries had by then condemned the Russian invasion as stemming from Putin’s illegal actions rather than from “inefficient dialogue”.

The IJF has taken no action nor made any call for action against its affiliate, the Russian Judo Federation.  Putin is its president.  To say the RJF is a political pawn of Putin would be no exaggeration.

Its First Vice-President Arkady Rotenberg, for example, is a very close associate of Putin.  The names of Arkady’s son Igor and Arkady’s brother Boris appear on the lists of oligarchs with ties to Putin whose assets have been frozen by the UK and the EU.

[He is thought to be one of Putin’s oldest friends, having done judo with him since childhood. He and his brothers own the huge construction company SGM Group.]

This soft approach may stem from the close relationship Putin has forged with the real president and one-man ruler of the IJF, Marius Vizer, a former Romanian club-level judo trainer who fled to Hungary and built his own business career, with Budapest as his base.

Vizer had gained power as word judo supremo in 2008 through Russian support against an Asian incumbent.  Once ensconced in office, Vizer continued to massage Putin’s ego.

Though Putin genuinely had a black belt in judo, the IJF chose to award him an 8th Dan, a huge jump in supposed skill level that very few judo practitioners around the world can achieve. It’s usually given out only as a token of great admiration and honour.

In 2019, Vizer declared his closeness with Putin: “We have the Honorary President who gives inspiration to me and to all judokas around the world, who has been the main sponsor first of the European Judo Union, and now of the International Judo Federation, for 19 years since 2000, and has been providing crucial support.”  The quotes were carried on the Kremlin’s own website. 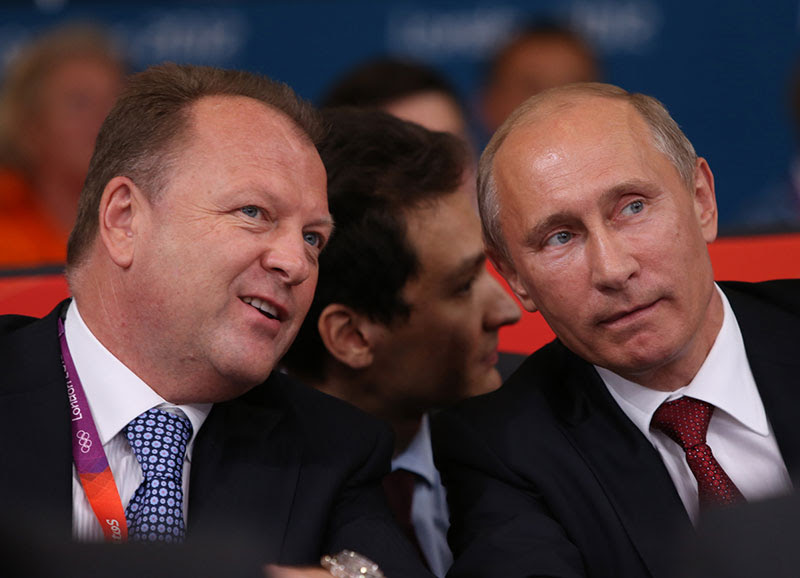 The IJF, under Vizer, also signed a major sponsorship deal with the OTP bank whose leader Sándor Csányi does business extensively with Russia.  Csányi was also promoted to Honorary Vice-President of the IJF, as well as having been Vice-President of Fifa, and reportedly is a friend of the right-wing Hungarian president Viktor Orban.

The IJF has also made efforts to promote and stage its events in two other dictatorships being shunned by most of the world: Cuba and North Korea.  After it staged the premier Latin American tournament in Havana, former Communist dictator Fidel Castro’s son, Antonio, was made an “IJF Ambassador” — and was given the role of dangling medals around the necks of winners.

To fulfill this not-too-arduous task he was flown around the world at IJF expense.  Then in 2020 he became the IJF’s Chief Medical Officer, a position he still holds. 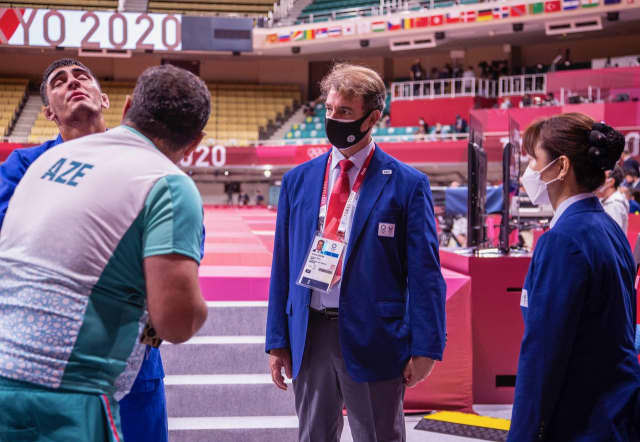 Vizer’s most bizarre move was to announce that the IJF would stage the 2018 World Junior Championships in North Korea.  That tournament did not go ahead after increasingly warlike statements against the USA by Kim Jong Un led to escalating mutual threats of armed conflict.

I was Consultant to the IJF on Media, Innovation and Television in 2017-2018. If I hadn’t already severed ties with the IJF, over purely work-related issues, I would certainly have done so last week. ‘Suspending’ Putin after years of cosying up to him and other dictators is by no means enough.