Hitler’s comrade-in-arms still has a Nazi helmet on his grave. Will it be removed? 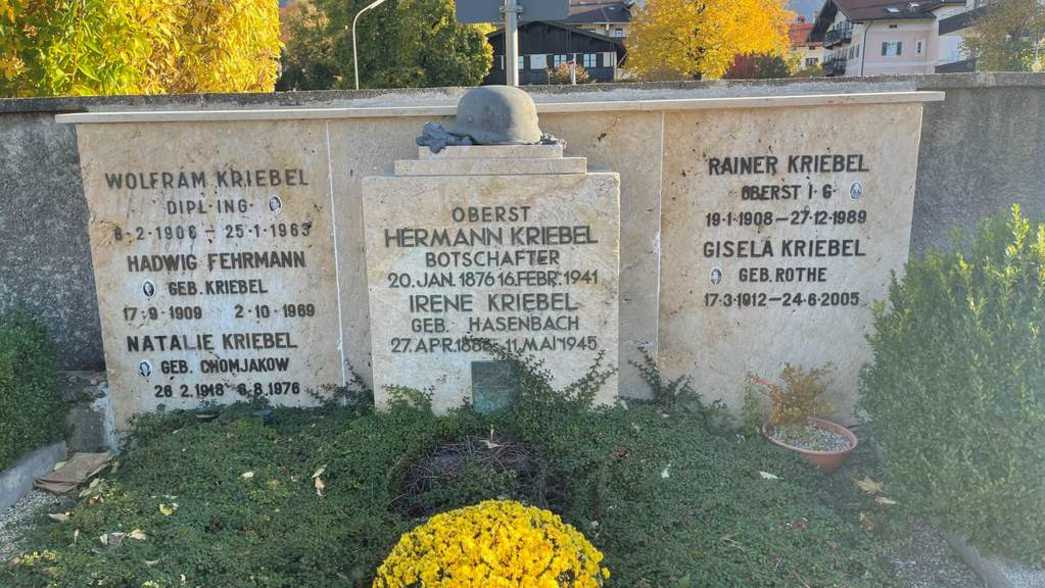 A small German town is refusing to remove a steel helmet that remains on top of a Nazi general’s grave.

Hermann Kriebel headed the paramilitary wing of the Nazi Party , whose ‘Storm Detachment’ launched vicious attacks on Jews in Nazi Germany and Austria in 1938.

Kriebel and Hitler had been jointly held in a Bavarian jail for a year after their infamous Beer Hall Putsch in Munich failed in November 1923.  The conspirators’ last meeting before the unsuccessful putsch was held in Kriebel’s apartment.

When Kriebel died, aged 64, in 1941 Hitler himself organised a special ceremony to honour him.  As the coffin was laid to rest, Hitler raised his right arm in a Nazi salute.

The helmet on the marble tombstone in Aschau, Bavaria, originally had a swastika engraved on it.  But it was filed off  earlier this year — after a German historian said it was illegal to have Nazi insignia on display.   The SS steel helmet, however, is still in place.

The town’s mayor Simon Frank said: “There is currently no need for action from the point of view of the municipality.”

Natascha Mehler, who was born and brought up in the town, told a reporter: “The facts about Hermann Kriebel are horrible. I find a steel helmet as a grave decoration neither appropriate nor contemporary, especially if you consider the biography of Kriebel and his Nazi past.”

The future of the Nazi helmet is still uncertain: local politicians have agreed to talks. The helmet and the grave itself belong to the Kriebel family.  The graveyard, though, is public property.

Kriebel (left) and below with Hitler, with whom he organised the 1923 Beer Hall Putsch